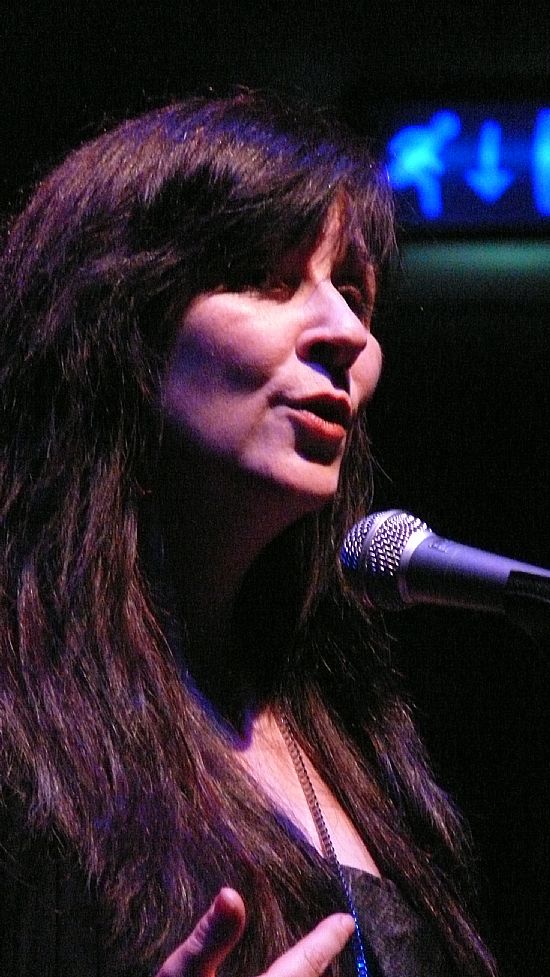 Christina Stewart is a singer of great sensitivity who communicates the depth and beauty of Scotland's song traditions, whether in Scottish Gaelic, Scots dialect or English. Her evocative style is suffused with an authenticity which comes from her roots in Inverness, where the Gaelic and Scots traditions of Scotland meet.

Over the last 20 years, Christina has developed a reputation as not just a captivating singer and tutor, but as an exponent of song within the wider oral and folk tradition of Scotland, with a commitment to appreciating songs within their cultural contexts. She has a long-standing involvement with the fèis movement in Scotland and currently teaches at festivals, for community projects, in schools and playgrounds.

Having sung at ceilidhs, concerts and in competitions from an early age, Christina pursued her interest, studying traditional song amongst many facets of Scotland's cultural heritage, as part of her Honours degree at Edinburgh University and the School of Scottish Studies. Motherhood then inspired Christina to begin a crusade for traditional lullabies, resulting in the kist o dreams and Learning with Lullabies projects and two solo albums.

In recent years she has taught in Germany and the United States and nearer to home for Highland Council, the Traditional Music and Song Association of Scotland, Eden Court Theatre, the Care and Learning Alliance and festivals including Glasgow's Celtic Connections, Orkney Folk Festival and Belladrum's Tartan Heart, working with all age groups from pre-school to adults. www.christinastewart.com

"Picture, if you will, warm, sweet, organic honey drizzling slowly from a honey wand... Stewart's voice is the aural equivalent." - Dirty Linen magazine

Bill Taylor is a specialist in the performance of ancient harp music from Ireland, Scotland and Wales, and is one of very few players investigating these repertoires on medieval gut-strung harps, wire-strung clarsachs and Renaissance harps with buzzing bray pins.

He has been resident in Scotland for many years, where he teaches and performs with the Highland early music group Coronach and the duo The Art of Musick. A former president of the International Historical Harp Society, he also plays with the Belgian Late-Medieval ensemble Quadrivium and accompanies the Scottish female vocal quartet Canty.

Bill teaches community music classes through Feis Rois and is a guest lecturer at the Royal Conservatoire of Scotland in Glasgow. As a teacher of historical harps, he is frequently invited to lead workshops in the UK, Europe and the USA, including regular appearances at the Edinburgh International Harp Festival.  Bill provides accompaniement on both CDs.  For more information about Bill, visit his site www.billtaylor.eu

ob Pegg is a multi-instrumentalist and producer who recorded and produced both "kist o dreams" and the "Bairn's Kist" CDs and plays a variety of instruments on the latter. In the early seventies he founded the cult folk/rock band Mr. Fox. Bob made two LPs (as they were known then) with Nick Strutt and released his solo album 'Ancient Maps' in 1975. Since then Bob's work has found a broad base in education and the arts. In 1990, Bob moved to the Highlands, becoming Ross and Cromarty's musician in residence until the Council was dissolved in 1998. He also performs regularly as a storyteller, and runs workshops for children, especially at Whitby Folk Week, where his 'Children In Performance' sessions have been running to great acclaim for many years.  Bob's "The Last Wolf" (RHYD5009) contains material from all stages of Bob's life and career. He is now working as a freelance arts advisor, combined with occasional gigs as a solo artist.  For more information about Bob, visit http://www.howl.fsbusiness.co.uk/ 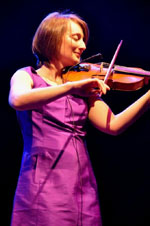 Olivia Ross plays fiddle and viola on the "Bairn's Kist" CD. She came up through the residential music tuition of Feis Rois, progressing through Junior and Senior feisean and now passes on her skills to a new generation of feis participants. In 2006, Olivia graduated with first class Honours from Newcastle's Traditional Music course and now splits her time between her Seaboard village home in the Highlands and her music projects in Newcastle.  You can find out more about her work with The Shee on the band's website: http://theshee.com/